COVID DISCLAIMER :
Our clinicians are prescreened daily. All providers are provided with personal protective equipment (PPE) to ensure that you are safe on every visit.

Care From The Heart

We stand by our name in all that we do. As our name suggests, our staff is amicable, consistently delivering sincere “care from the heart.” Our team members truly care for the well-being of each of our clients and go above and beyond to ensure their needs are met. We are honored and privileged to serve our clients and deliver satisfaction. 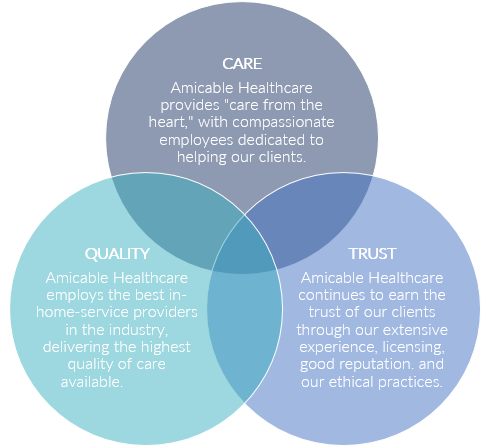 Amicable Healthcare provides the highest quality in-home care and medical staffing services that you can trust, delivering care from the heart for every patient.

Licensed in Washington State in 1997, we have for 20-years delivered high quality in-home care staffing services. We focus on meeting our clients’ unique needs with creative solutions and 24/7 availability. Amicable provides care from the heart with compassionate, ethical employees that you can trust.

What Is Home Care?

Home care, also known as daily activity assistance, is where we assist seniors in managing their everyday life. Home care allows your loved one to remain at home and carry on with their daily life with the assistance of an Amicable caregiver.

What Services Do We Perform?

What Is Home Health?

Home Health is a skilled service that brings your doctors office into the comfort and privacy of your home. This service is available and covered by many insurances. Call our office to speak with a Care Coordinator.

“I would like to express my appreciation with this company for the past five years. Please continue the great work. Thanks for everything.”

“We are so pleased with our caregiver. She is careful, consistent, reliable, motivated, caring, and kind. She is more than we hoped for. I trust her completely and feel that she is part if our family. We feel so fortunate and hope she wants to stay “with us forever. Thank you, Amicable Healthcare!

“Amicable Healthcare has been my provider for over 10 years. Since I have been working with Amicable, I have been very pleased with their oversight and care for me. My current program supervisor comes out and checks on me routinely, and I feel very connected to my provider. For anyone considering an organization to help with all their home care needs and personal care, I would definitely recommend Amicable.”

The Right People In The Right Jobs

Meet the people who are leading the Amicable Healthcare Mission. 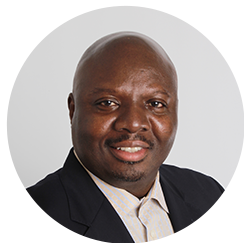 DAPO AMOSUNExecutive & Founder
Dapo Amosun brings extensive business experience, including over 20 years’ experience in the healthcare industry. His responsibilities include overseeing company operations, managing legal matters, as well as marketing and strategic planning. Dapo is a visionary, and his strong leadership, entrepreneurialism, and business acumen have positively impacted Amicable Healthcare, resulting in two decades of growth and success for the company. Dapo brings a continuous desire to achieve on a personal and business level, and he does not let potential organizational constraints impede success.

Dapo received his Bachelor of Science degree in 1988 from Eastern Washington University. He also completed Executive Education in 2010 at the University of Washington.

Dapo has also been honored with a Certificate Of Achievement from the Department of The Army. And, in 2003, he was named Honorary State Chairman by the Business Advisory Council for his business and professional success. 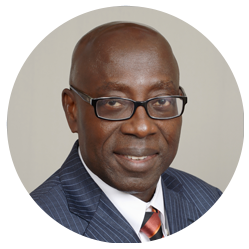 An expert in Economics and Accounting, Ferguson has also served as a lecturer at City University in Seattle, where he has taught Accounting and Economics at the graduate level as well as Economics of Social Issues at the undergraduate level.